This is breaking news! At least, I think it is? Anyway, as I was randomly looking for upcoming movies and television shows to keep an eye on, I randomly stumbled upon something interesting in the cast page for Wonder Woman 1984!

Not only are Sam Worthington and Alicia Vikander showing up on the casting page (unexpectedly) but they are each listed to be playing Hawkgirl and Hawkman!? 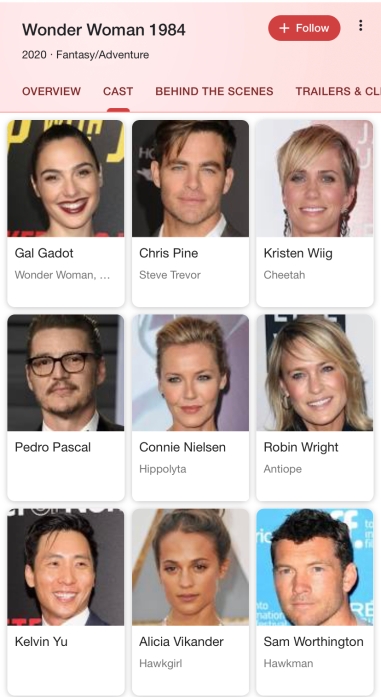 Is this a mistake? Well, there’s two possible mistakes; someone F#$^# up and spoiled a secret of the movie, or, they are really just not supposed to be there. Personally, I would guess it’s the former. If this IS true, then my biggest support for the casting choice! I think they would make excellent additions to the DCEU. Or, whatever it’s being called now!

For those who don’t know, Hawkgirl and Hawkman are two winged warriors that have been living multiple reincarnated lives. In each life they find their way to each other and awaken their memories. Well, at least that’s the route Legends of Tomorrow went with.

What’s important to note about these two possible additions to the cast is that despite the movie being set almost forty years in the past, Carter and Shiera reincarnate. They could die in this film and still appear in future DC project down the line.

Personally, I would love to see the two of them get their film. There is a strong love story between these two characters  and I shamelessly have seen my good share of romantic dramas. I think these two could not only do a good job of being badass (Tomb Raider and the other’s entire resume) but I think they’d do a hell of a job bringing that romance to life.  I guess they’ll have to get behind the trench movie…

It is also worth noting that the two characters would be introduced in a Wonder Woman film. One of the only two solo franchises at Warner that are surviving the franchise reboot. This means that should they be used down the line, they will have no problem mixing with other established characters.

All signs from Shazam point to his existing in the same continuity but time will tell on Birds of Prey, Joker, and even the Batman.

One thought on “Hawkman and Hawkgirl Set to Appear in ‘WW84’?”

This site uses Akismet to reduce spam. Learn how your comment data is processed.